White House Fly: Is It Racist When Liberals Criticize Obama Too?

By now, President Obama is used to being on the receiving end of criticism from conservatives. Ever since Americans started waking from their coma-like sleep-state (due largely to the efforts of conservative talk shows, columnists, and blogs), the more Obama’s alleged socialist agenda has been uncovered, the more conservative Americans criticized him. 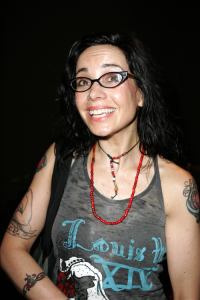 Now, with yesterday’s compromise with those hostage-taking Republicans on extending the Bush tax cuts for all income levels in exchange for extending unemployment benefits, Lord Obama suddenly finds himself in uncharted waters: He’s now being attacked by his own support base of liberals. Sadly for Obama, there isn’t a chapter in Saul Alinsky’s “Rules for Radicals” that covers mutiny within his own ranks.  Perhaps it’s time for another trip abroad?

You may recall how the alleged comedienne/actress Janeane Garafalo defined any and all criticism of President Obama as merely ‘Racism, straight up” by those she dismissed as “teabaggers and rednecks.” One can only wonder if that applies now that the criticism is coming from his own supporters.

In fact, lets check with our old friend, “The Fly On The White House Wall” to see if  he can shed any light on this…  END_OF_DOCUMENT_TOKEN_TO_BE_REPLACED

The Speaker of the House, third in line for the presidency, is a crackpot. A fruitcake. Her chickens are scattered. She’s a few puppies short of a pet shop. There’s simply no other way to spin a diatribe as idiotic as this:

“This is one of the biggest stimuluses [sic] to our economy. Economists will tell you this money is spent quickly, it injects demand into the economy, and is job creating. It creates jobs faster than most any other initiative you can name, because, again, it is money that is needed for families to survive, and it is spent. So it has a double benefit; it helps those who have lost their jobs but it also is a job creator, and for that reason, for those two reasons at least, it should be passed, and I’m optimistic that it will. It’s impossible to think of a situation where we would have a country that would say we’re not going to have unemployment benefits, and the only people who want them are people who don’t want jobs. That’s just so contrary to what our country is about. And I reject that misrepresentation of the motivation for people to be on unemployment insurance.”

Or as she might have put it in Twitter format:  @Pelosi  Unemployment ins creates jobs & allows ppl to spend $$. Un-american repubs say only lazy ppl want unempl ins. BAD REPUBS!

Of course, this is the same crazy lady who said last year:

“Every month that we do not have an economic recovery package 500 million Americans lose their jobs. I don’t think we can go fast enough to stop that.”

Doug Powers, guest-blogging for Michelle Malkin, agrees with me, and takes it one step further:

In the real world, demonstrating lunacy of this magnitude is known as a “cry for help” and an intervention involving large nets, straight-jackets and electric shock therapy is in order. But not in Washington, DC, where free-range crazies are allowed to pick pockets, loot futures, and all too often get re-elected.

Of course, if this were the movies, Pelosi would end up with a lobotomy, Harry Reid would have to come in and smother her, and then he’d break a window and go running out into the Nevada desert… 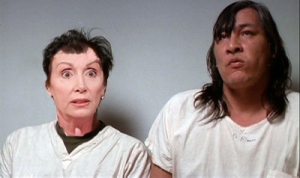 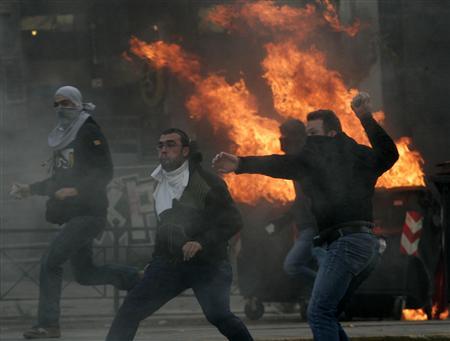 The rioting that is happening in Greece is horrifying to observe yet hard to miss these days. How much more frightening must it be to see it happening first-hand. It’s sad to think that the country that gave birth to so many of the precepts on which Western civilization is based has sunk so low. It’s also too easy to be complacent and think that it couldn’t happen elsewhere… like right here.

As Michelle Malkin pointed out:

When Ponzi schemes crumble, European welfare state dependents take to the streets and demand that the same old schemes be propped up again…

“I look at the horrible images coming out of Greece and I am struck by the reality of what can happen when a country goes on a shopping spree without paying its bills. Thank goodness America is not at that point. We have time to right the ship and get serious about tackling our own debt crisis. But we have to start now. Until we do, sustainable- job growth may not be possible.” [emphasis mine]

Our government is now more than ever before on a shopping spree without being able to pay its bills.

With unemployment numbers rising again, with bankrupt entitlement programs indebting ourselves, our childern and their children to the tune of a hundred trillion dollars or so, with nearly half of the country paying no federal income tax, we have to act now.

We have to repeal Obama’s health care bill. We have to elect leaders with strong conservative values, leaders who are willing to stand up and state the true but unpopular facts: We must stop spending, cut entitlements, prevent government from inching its way into Americans’ everyday lives.

We must make the elections this November count in a way they’ve  never had to cont before. Otherwise, prepare yourselves for more of the same old same old.

Plus, very possibly, rioting in the streets… as the money finally runs out.

There’s really not much that can be said about Senate Majority Leader Harry Reid’s latest comment. This morning he said, and I quote:

“Today is a big day in America. Only 36,000 people lost their jobs today, which is really good…”

Whether you are liberal or a conservative, ask yourself this, “If I were in Harry’s shoes, would I say something so callous and clueless as that?”

A Picture is Worth a Thousand Words, At Least

And the ObamaCare bill will only make it worse. Really, what more needs to be said?

In this proud land we grew up strong
We were wanted all along
I was taught to fight, taught to win
I never thought I could fail

“Don’t Give Up” by Peter Gabriel

When I walk up to greet him, he still yanks his hand up to shake mine in greeting. But the trademark firm grip has given way to one of a man 30 years his senior. He’s probably unaware of it, but he seldom makes direct eye contact now. In fact, it’s as if his eyes seem permanently fixed on the ground like a scolded child. Yet he puts on a great front for an old friend. And that’s what struck me most.

The government today announced unemployment is now “officially” over 10%. In Florida, it’s been that way for months. “Jim” (I’ve changed his name for purposes of this rant) was one of the statistics, but is no longer. Not because he’s found work, but because he has exhausted his unemployment benefits and is therefore no longer included when counting the number of unemployed.

“Isn’t that something? Now I’m not even considered unemployed!” he says. “For statistics purposes, I guess I no longer exist.”

No fight left or so it seems
I am a man whose dreams have all deserted
I’ve changed my face, I’ve changed my name
but no one wants you when you lose…

“It’s the government’s dirty little secret,” I reply. I know, because it happened to me during the recession in the early ‘90s. Once you exhaust your benefits, as far as the government is concerned, you no longer exist, statistically speaking.

END_OF_DOCUMENT_TOKEN_TO_BE_REPLACED

At Last, New Jobs Are Being Created!

Silver linings, folks, You’ve got to concentrate on finding the silver linings these days, and here’s a doozy gleaming through the dark economic clouds: President Obama’s new healthcare initiatives really are creating new jobs… lots and lots of new jobs!

RedState reports on the thousands of jobs posted on Craigslist advertising for people to work countering all that fishy mis-information floating around and shouting over the voices of the “mobs” that gather at the town hall meetings.

Why spend your summer stuck behind a cash register when you could WORK FOR CHANGE!

And VerumSerum chimes in with who’s behind it all, and it’s just who you’d expect.

Just to sum up the big picture here based on what we know now… One of HCAN’s partners is mobilizing people nationwide to “fight” against opponents of reform and is partnering with a group that has put ads for paid canvassers ($4,000 to $6,000 for the summer) on Craigslist nationwide. In effect, HCAN is hiring people to literally get in people’s faces and push Obama’s agenda.

This is what the left considers “grassroots.” Meanwhile, a memo written by a guy in Connecticut which was sent out to 10 people is proof that reform opponents of Obama Care are part of a deceptive astroturf campaign. Hopefully that’s all making perfect sense now.

So you see, although no bill has been passed yet (or finalized, or debated, or even actually, you know, read), the President’s heath care overhaul has already jump-started the job market. Why, I expect to see the unemployment rate plummet within the next few weeks, if not sooner.

And I have some beautiful beachfront property in Florida for sale, too. Cash only. Call me.