GOP Party Unity? Not So Much

With Republicans set to make what might be record gains in the mid-term elections, I can’t help but reflect that we seem to be saddled with the sorriest bunch of sore losers ever seen within a political party.

Remember Dede Scozzafava, from last year’s special election in New York? Despite being “an ACORN-friendly, union-pandering, tax-and-spend radical Republican,” she was the Party establishment’s choice in the attempt to pick up the House seat left open when John McHugh was appointed Secretary of the Army. When Doug Hoffman, a dark horse solid conservative, started to surge in popularity, dear Dede withdrew from the race and gave her supporte to Bill Owens, the Democrat in the race.

When Christine O’Donnell, to the amazement and dismay of the party elite, took the Primary last week in Delaware, did her opponent, Mike Castle, congratulate her and throw his support behind her, working to get a Republican in that Senate seat? Not a chance. Not only did Mr. Castle refuse to endorse her, but the NRSC promptly leaked that it would not support her either. After some serious outcry from the common folk, Sen. Cornyn (head of the NRSC) flip-flopped and allowed as how he guessed they’d send her money after all.

When Joe Miller in Alaska surged past Lisa Murkowski to take the primary in that state, Murkowski, a sitting Republican Senator, toyed with the idea of running on the Libertarian ticket, running as an Independent, and finally decided to run as a write-in. Against her party’s chosen nominee and clearly against the will of the people of her state. And when the NRSC threatened to strip her of her post on the Senate Energy Committee, it’s likely that she threatened something… what? — to vote with the Democrats if that happened? — because you’ve never seen such quick backpedalling:

“We all respect the system, and she still is a Republican senator,’’ said Sen. Orrin Hatch (R., Utah.) after the closed party caucus. “It’s just a matter of good taste.”

And those are just a few. Ed Morrissey wrote a great article for the Washington Times last week, outlining many more in the Sore Loser Party, ending with the following gem:

“If the Republican Party wants to survive, let alone succeed, it has to stop acting like sore losers and start acting like a party that wants to win elections on principle and not just strategic posturing.”

To which I say, it’s not even strategic posturing. I say it’s behaving like a spoiled child or a drama queen; maybe both. There never was a party as adept at snatching defeat from the jaws of victory, due in no small part to its penchant for sore loser-hood. 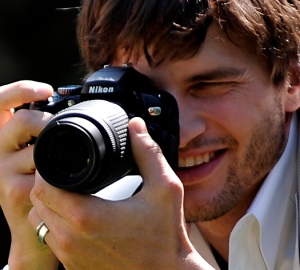 As a response to Stoutcat’s  post of yesterday, I got to thinking about the insidious nature of television commercials, and started a quick compilation of “little things” which, taken singly seem innocent enough, but which, when bombarded throughout the 24-hour cycle, are little short of damning in their  flaunting of  flat-out rudeness and out-and-out celebration of bad behavior…

And so it goes. It’s reached the point where a reclusive billionaire feels the need to remind us of core values, putting his money where his mouth is in a series of public service commercials:

Sigh. Has it really come to this?