A Bold Prediction Regarding Eric Holder 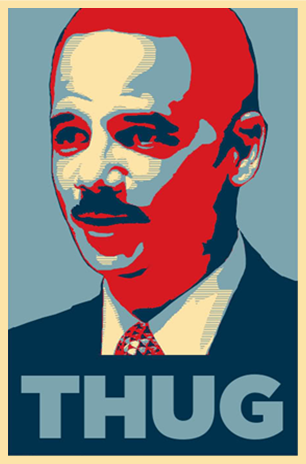 Attorney General Eric Holder will soon be tossed under the bus.

That’s my prediction based on the fact that Rep. Lamar Smith, Chairman of the House Judiciary Committee, has sent a letter to President Obama, requesting that Obama appoint a special prosecutor to investigate AG Holder for perjury in the Fast & Furious inquiry. Apparently Mr. Holder swore that he had only heard of the project “a few weeks” prior to his testimony before the House Committee:

“I’m not sure of the exact date, but I probably heard about Fast and Furious for the first time over the last few weeks,” Holder testified.

This is directly at odds with new memos that have been uncovered which state that Mr. Holder was briefed regularly about the program, beginning in July of 2010 at the latest. Hence, the request for a special prosecutor.

Of course, the President can refuse to appoint a prosecutor. And I believe he will do just that. Instead, he will request Holder’s resignation and give a press release, sternly worded about unwarranted witch-hunts, and more in sorrow than in anger that he must send his loyal consigliere packing, simply because he mis-remembered a date (or, as Holder’s minions are claiming, Holder simply misunderstood the question. Right.) Obama will do this, hoping that it’ll suffice to put Congress off the track of more investigations: “Geez, guys, I fired him! What more do you want?!”

Well, actually, we want the truth. All of it. Who knew what, when. Whose idea was it? Who approved it. Hundreds of people are dead because of this bone-headed project, and who knows how many more will die, all because several Cabinet departments colluded to send guns south across the border to arm Mexican drug cartels in an apparent attempt to bolster the number of illegal guns going to Mexico so that the President could pressure Congress to enact even more gun restriction laws.

If the Attorney General of the United States knew about the program, he’s guilty of perjury at the very least. And if he didn’t know, he’s not doing his job. Either way, I think Obama will throw him under the bus, if only to try to distract Reps. Smith and Issa from the trail.

People died — Mexicans and Americans – because of this program (and possibly others like it). We need to know who was behind it, and prosecute the guilty. I believe this includes Eric Holder.

I believe it also includes the President of the United States.

This entry was posted on Tuesday, October 4th, 2011 at 4:24 pm and is filed under Corruption, Crime, Second Amendment. You can follow any responses to this entry through the RSS 2.0 feed. You can leave a response, or trackback from your own site.

2 Responses to A Bold Prediction Regarding Eric Holder